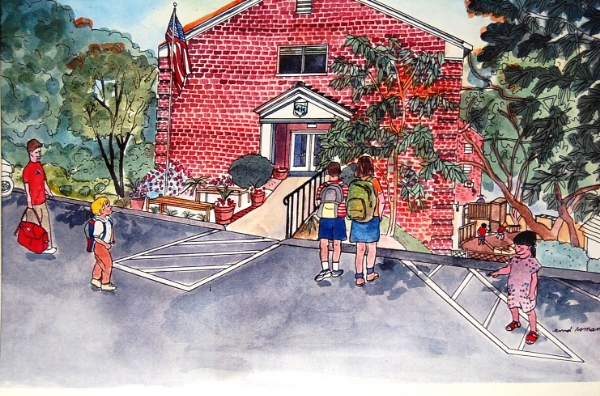 Concord Hill moved to Bradley Hills Presbyterian Church in 1967 and added Grades 1 through 3. In 1972, the school relocated to St. John’s Church in Chevy Chase and added a Preprimary class.

In July 1987, after renting space for years, the school acquired a home of its own at the former Bethesda Christian Church at 6050 Wisconsin Avenue, Chevy Chase, MD. The facility was built in 1954, with an educational wing added in 1959. Concord Hill welcomed students to their new classrooms for the 1988-89 school year after completing extensive renovations to the building.

Eleanor Chatfield-Taylor began her tenure as Director of Concord Hill School in 1967. She oversaw the move to St. John’s Church and the ultimate relocation to the new Wisconsin Avenue address. Mrs. Chatfield-Taylor retired in 1991.

French McConnaughey assumed the role of school Director in July 1991 and continued in that post until her retirement in July 2002. In 1996, under her direction, Concord Hill developed its first strategic long-range plan. The process reaffirmed the school’s strengths and mapped a solid plan for the future. Building renovations completed during the summer of 1998 improved the school library and music room and added a new computer lab. Renovations undertaken in the summer of 1999 targeted the playground and school grounds.

In 2002, Denise Gershowitz was named Head of School. During her 14 year tenure, her love of children, high standards, and incredible energy helped CHS to continue strengthening its position as a respected educational institution with a faculty of experts in early childhood and development. The curriculum broadened to include Spanish and a defined social curriculum. The community of children, parents, and faculty enjoyed increased diversity with the help of a growing Financial Aid program. Under Mrs. Gershowitz's leadership, the school's Endowment increased from nearly $500,000 to over $2 million.

In July 2016, the Board of Trustees named James Carroll the fourth Head of School. James brought with him 17 years of teaching experience, several years of administrative and management experience, and a passion for early childhood education.

In February, 2018, Concord Hill School announced the search for our fifth Head of School, to be appointed July 2019. In the interim, Susan Arzt, Assistant Head of School/Director of Admission & Financial Aid, served as Acting Head of School.

Effective July 1, 2019, the Board of Trustees named Nate Dennison the fifth Head of Concord Hill School. Having served as Director of Elementary Grades at Washington Episcopal School since 2015, as well as the Associate Principal of the Hong Kong International School from 2008 to 2015, where he served 660 students, Grades PK–2, Nate was perfectly poised to step into leadership here at Concord Hill. Nate began his career in the classroom and has gained strong administrative experience over the past decade. In the words of his former Head of School, “Nate always keeps what is best for kids at the forefront of his thinking." This addition to our School community has been a welcomed one. 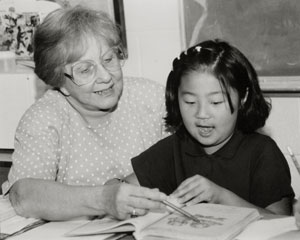 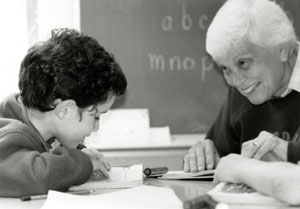 "The place where my children learned the potential of their lives.”

Our application deadline has passed, but we continue to accept applications for select grade levels. Find out more by contacting our Director of Admission, Susan Arzt, at sarzt@concordhill.org regarding availability for your young learner.